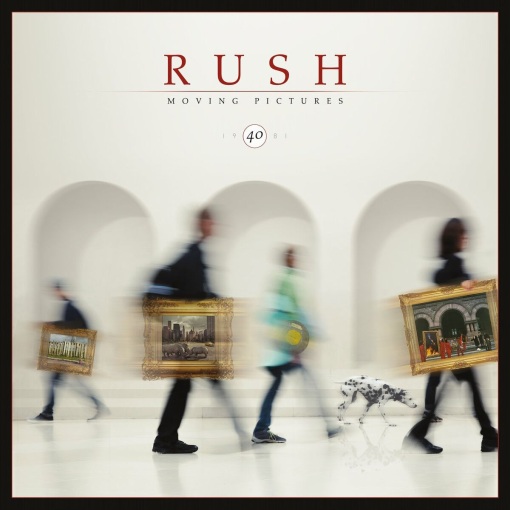 Finally, RUSH’s 1981 album ”Moving Pictures” is being reissued for its (belated) 40th anniversary into this Super Deluxe edition. The set features the 2015 remastering on CD for the first time (it was previously only available on vinyl and digital).
The release includes the ”Moving Pictures” 2015 remastering on disc one, while CDs two and three feature the complete, unreleased Toronto concert from March 25, 1981.
Recorded in Quebec’s Le Studio, ”Moving Pictures” saw the band continue down the route of shorter, more radio friendly songs. Longtime producer Terry Brown was back for what was the band’s eighth studio album.
”Moving Pictures” is already the most essential Rush album, their most organic blend of ’70s-style prog virtuosity (instrumental monster “YYZ”) and ’80s punch (hooky price-of-fame sing-along “Limelight”).

The set’s 40th Anniversary Edition doesn’t change that verdict – it’s just more perfect and detailed thanks to modern remastering. As example, Neil Peart’s triangle more pronounced during the intro of “YYZ,” swirling around the speakers.
But the crux of this package is a rattling, previously unreleased 1981 live album, captured in Toronto and spread across two discs. It captures an unvarnished, warts-and-all aesthetic, all jagged edges in contrast to the main LP’s smooth contours.

It’s always fascinating to hear Rush go ragged, with Lee straining to hit the high chorus of “Limelight” or the full band failing to grasp a solid tempo on the soft-to-soaring “Closer to the Heart.”
And several of these live tracks are almost punishing in their intensity: Peart’s ringing toms during the big-band jazz section of “La Villa Strangiato,” the dynamic shift into hard rock on “Natural Science,” the heavy reggae switch-up on “Working Man” amid the multi-track medley.
Highly Recommended