After many years of wait, finally CCM Hard Rockers BRIDE reunited again for a new album, titled “Snake Eyes“. As promised, this new CD is a legitimate, no-holds-barred return to their ‘Snakes In The Playground (1992)” era sound.
Bride is without dispute one of the most prolific Christian metal bands ever, and over the years they changed / explored metal / hard rock related musical styles.
“Snake Eyes” is what fans have longed for and anticipated for 26 years – a new album that fully embraces the iconic early ’90s era of the band with massive hooks, relentless riffs, over-the-top vocals, and cutting edge lyrics.

Once upon a time there was a band that changed its name from Matrix to Bride and started making hard rock / US classic metal. They were good enough to get signed and four albums later started to gain momentum.
They were signed to a bigger label went on a bigger tour and released an album called “Snakes in the Playground” that was widely regarded as on of the best albums hard rock albums from the US 80s/90s scene.
Seriously it was an amazing album, if you haven’t listened to it yet, you need to as soon as possible.

After some drama with their new label (who was trying to force them to sign another contract after seeing the success of “Snakes In The Playground”) they released another album called “Scarecrow Messiah” which was basically the second half of SITP – same style, same energy.
Personally I thought Scarecrow was the better album but for whatever reason it never attained the recognition that Snakes In The Playground did, and the fans have been clamoring for another album like “Snakes” ever since. 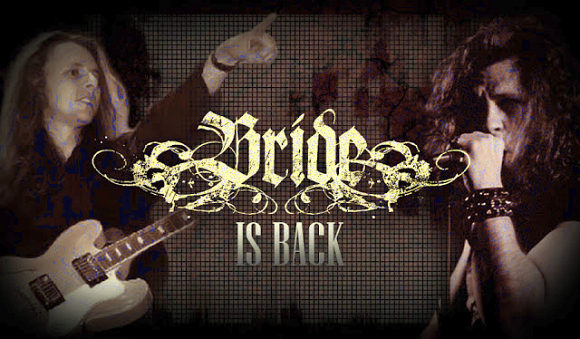 Well, time has come. Founding members Dale and Troy Thompson have gone back to the SITP era logo, the same color scheme from the original SITP cover and put the word “Snakes” in the title. They definitely want you to believe this is like “Snakes in the Playground”, part II.

In many ways, it is. Tracks “John the Baptist” has that hard rock groove, same as “The Real Jesus” with is main melody and contagious chorus, then the riff-driven “Laughter of it All” has that early Nineties sound in it.
The stand out track for me is “The Painter”, a rocking tune with calmer moments in between providing atmospheres. Overall, Troy’s solos are great and his guitar work is a treat to listen to. Dale’s voice is also a thing of beauty.

Overall Bride’s return with “Snakes Eyes” is a really good effort of classic early Nineties US hard / metal, in terms of sound something like mix of Skid Row ‘Slave To The Grind’ era, Guardian an a touch of Stryper.
Strong album, rocking and kickin’
Highly Recommended