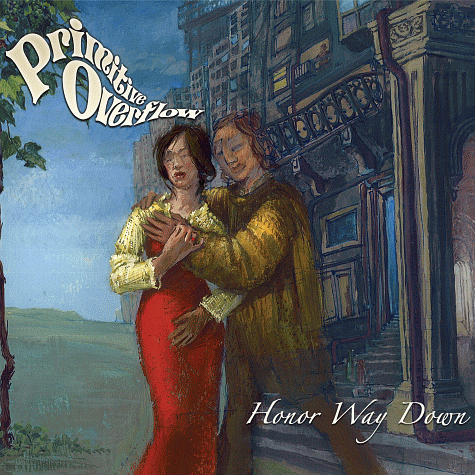 Some of you asked for a re-review on this very interesting project including Donnie Vie; PRIMITIVE OVERFLOW. This is the creation of Los Angeles based guitarist Hoyt Binder, also songwriter and session player inspired by classic bands, and for the debut album “Honor Way Down” ex Enuff Z’Nuff frontman Donnie Vie joined at the mic.

Marketed as a Progressive Rock album, “Honor Way Down” has variations in this genre, but the music here has many influences ranging from Classic Rock to the commercial melodious rock Enuff Z’ Nuff delivered in numerous works.
Seems good ol’ Donnie also was involved in part of the songwriting and arrangements, and his touch is noticeable through these ten songs. This is clear in the melodic harmonies and nuances heard in “Day To Day” for example, though at the end Hoyt adds a progressive oriented guitar solo.
Same in the really good main melody and bridge of “Turnin’ Round” which sounds really Z’Nuff without the dirty guitars, or in the gently poppy harmonies on “Waiting For You”. All good tunes.

The progressive overtones are more evident on tracks such as “Caving In” with its syncopated rhythm or title track “Honor Way Down” where the Hammond keyboards and the rhythm section play prog tricks everywhere. “Listen Honey” mixes commercialism with prog textures, followed by the quite effective short instrumental “Our Praylude”.
The instrumental “Midnight Rendezvous” is complex and intriguing, while things get darker in the more heavy “Follow Me”. It’s curious to hear Donnie singing this type of music.
Last track and longer here, “Animation”, is perhaps the most complete composition on the CD showing the virtuosity of all involved, including great keyboardist Ronald Van Deurzen and Redeption’s drummer Chris Quirarte. Donnie Vie delivers fine harmony vocal parts in a tone not usually known from him. 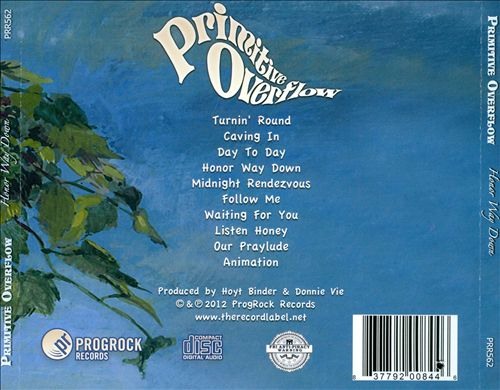 Apart from hear Enuff Z’Nuff’s Donnie Vie singing again, “Honor Way Down” is a good opportunity to discover an interesting musician in Primitive Overflow’s mastermind Hoyt Binder.
Binder obviously has a Prog root, and his playing and arrangements pay tribute to many well known acts in the genre. Complemented by Vie’s melodic vocals they have created a really captivating recording, which demands some attention to be enjoyed aplenty. Production is good and organic, with all the instrumentation transparently mixed.
Kudos to Donnie Vie who has taken some risks trying a new genre for him, resulting in a successful performance and an enjoyable album.