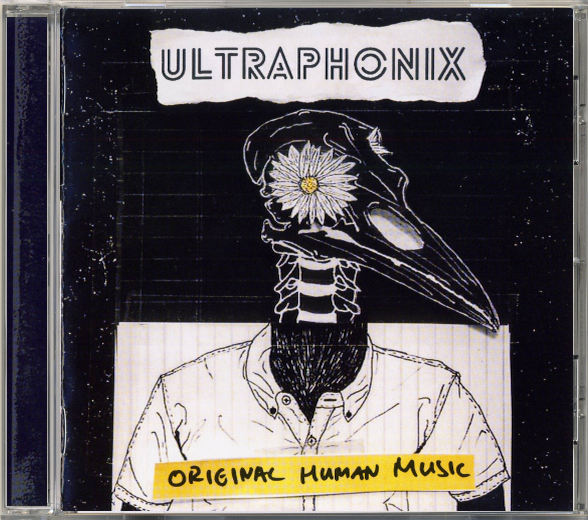 “Original Human Music”, the first album from ULTRAPHONIX, the new band created by Corey Glover (Living Colour vocalist) and George Lynch (Dokken, Lynch Mob), alongside the great rhythm section formed by drummer Chris Moore and Pancho Tomaselli on bass, is without a doubt one of the best debuts of the year.
“Original Human Music” presented distribution troubles in its digital download version, with track 7 ‘Wasteland’ missing (in fact it was track 6 ‘Free’, repeated).
This is the full CD version, including a full color 12 page booklet.

“Original Human Music” was co-produced by Bob Daspit (Sammy Hagar) and it displays the magic match between Glover’s iconic voice and Lynch’s unique style on the guitar.
The core and value of ULTRAPHONIX lies in the songwriting and the quality of the songs, and man, the stupendous perforrmaces of these uber talented musicians.

George Lynch is ever the chameleon. Known primarily for his time in Dokken, more recently he’s been involved in any number of projects: KXM, Sweet & Lynch, T & N, and more.
What we do know is that when he lends his talents to an album, there is a quality base level that is only enhanced by the other band member contributions, and of course, the songs.

This time round he’s teamed up with Living Colour’s vocalist Corey Glover, if you ask me, one of the best Rock voices out there. The over-riding lyrical themes are social and political issues and, as expected, with the musical fireworks provided by Lynch.
This project is perhaps closest in spirit to recent sorties such as KXM. Indeed Glover’s soulful vocal approach recalls Doug Pinnick in that band.

The music is based in a traditional hard rock format, but Glover / Lynch add their own twist with a bluesy foundation, some catchy funky rhythms, and tons of groove. This is not ‘heavy’ but melodious.
On the more rocking side check out the stonking opener ‘Baptism’ and ‘Walk Run Crawl’, whilst tracks like ‘Another Day’ and ‘Heart Full Of Rain’ provide the necessary melodic counter-weight.

‘Take A Stand’ and ‘Caravan’ are closest to Glover’s own band Living Colour, but the way the rhythm section is arranged, and Lynch’s inventive riffs make them unique.
The album does tail off with the volley of funkier tracks toward the end like the vital ‘What You Say’, then ‘Power Trip’ on the other hand adds a progressive arrangement and superb instrumentation. 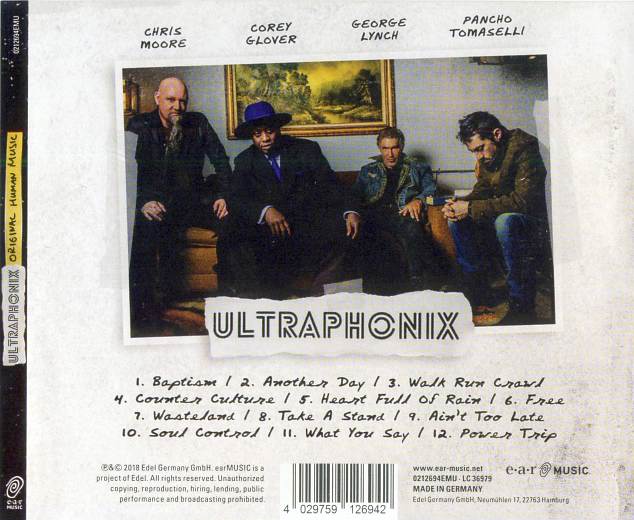 ULTRAPHONIX is a fabulous new combo, mixing various styles with ease an naturally. “Original Human Music” is one of the most complete albums I heard this year, indeed ‘original’ and ‘human’: no trickery here, just real musicians playing incredibly.

The band as a whole is fantastic, but I can’t praise enough George Lynch’s work. The man is playing better than ever. No pyro here, just skillful, tasteful guitar Rock all over the album.
At his sixties, Lynch could easily been doing endless Dokken greatest hits shows, instead, it’s a hungry beast always trying something new and making it clear he’s not only a flashy guitar hero, but an immensely talented cat.
Terrific album, one of the best of the year folks.