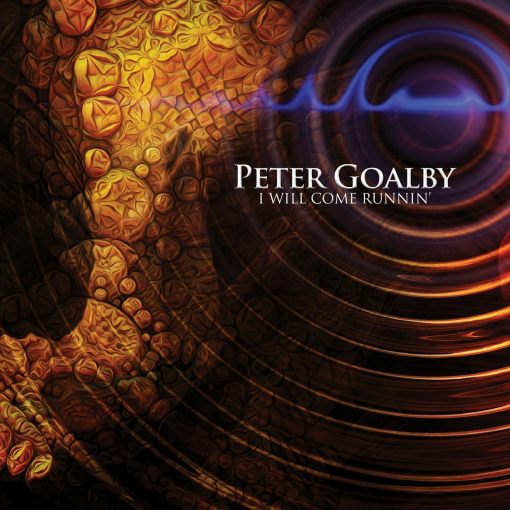 Following the successful release of his long lost first solo album ‘Easy With The Heartaches’ – awonderful collection of ’80s AOR / melodic rock tunes – PETER GOALBY‘s second solo album “I Will Come Runnin’” finally is seeing the light of day.
A mere 6 months following the Goalby’s debut solo release (of archived recordings), Cherry Red Records will release this follow up ”I Will Come Runnin”, also recorded during the same period. Fans who waited 30+ years to hear something new from Peter following his departure from Uriah Heep, and a solo single, can add another album consisting of 10 songs, along with the aid of Paul Hodson, Robin George, and Eddy Morton.
A 10-track album personally overseen (from tape transfer, mastering and artwork) by the former Uriah Heep and Trapeze vocalist. Goalby has now retired from the music industry after an illustrious career that also included time working with Shy, Tigertailz, John Parr and Slade – but darn, these shelved recordings sound fresh and relevant today.

Fans of Goalby and ’80s AOR have long asked the singer to release some of the recordings that he put together as a solo artist just after he left the Uriah Heep and now we finally get more.
In terms of style, as happened with previous album ‘Easy With The Heartaches’, the songs here fall firmly into melodic rock / AOR territory, with many favourable similarities to the likes of Foreigner, Bad English, Wings Of Heaven era Magnum and Shadow King.
Goalby himself penned all of the songs on this album, with three of them being co-writes with the hugely underrated Robin George, who was also just coming off the back of a chart hit in the shape of “Heartline”.

An accomplished guitarist in his own right, Goalby also plays much of the six-string to be found on all of these tracks, with Eddie Morton adding the solos, while Paul Hodson (Ten, Hard Rain, Bob Catley) providing keyboards and bass.
“I Will Come Runnin'” proves to be well worth the long wait, the songs and performances, while immediately leaving no doubt of their vintage, grabbing you from the off and never once letting go.

Goalby is in simply fantastic vocal form throughout, his expressive delivery instantly likeable, but with a real depth in his voice and hugely characterful expressiveness, he’s able to take songs that are already excellent and raise them even higher.
It may have taken more years than we care admit to for these recordings to finally get the airing they’ve so long deserved, but there’s no doubt that our patience has been well and truly rewarded. These songs not only lasts long in the memory, but fully illustrates just what a vocal talent Peter Goalby was as it does so.
A must for ’80s AOR / melodic rock fans.